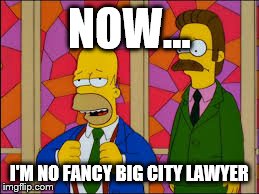 Just because we can’t prove what something does, doesn’t mean it doesn’t do anything.

The older I get, the more I read, the less I know. I know that for a fact. But recently I’ve started re-reading around the topic of massage and its place in sport and recovery. And with my critical head on, the one thing that I can consistently critique is the literature. The methodology, the participant population, but not necessarily “Massage” itself.

A good starting point for this defence would be to read the antithesis for this blog, a great blog by @AdamMeakins (There is no skill in manual therapy). Adam makes a valid point that there is not a strong background of evidence to support massage. Agreed. And its worth pointing out that a large, very large, part of my practice is exercise based rehab – I’m a strong believer of “move well, move often”. However, massage is a very well used tool in my pocket of possible treatments, so I’m going to fight for the underdog.

Below is a summary of terms / applications commonly used with recognised massage techniques (not an exclusive list).

The problem with Evidence Based Practice:

I think that all medical professions are dependent on research to ensure our practice evolves for the better. But I think sometimes we overlook the importance of anecdotal evidence. It must be considered that not all aspects of sporting competition depend on physical attributes, the mind and perceived benefits of treatment play an important role. The majority of people that go back for massages are because it made them feel better. Maybe not during, but after. A prime example, my wife never says “Can you give me an exercise program for my neck & shoulders please?” But I know that anecdotal evidence on its own doesn’t wash.

So here is where I think the literature lets massage down. The effectiveness of massage will vary depending on duration, method and depth of pressure (Drust et al) however none of these variables have been standardized making comparisons between studies very difficult (Mancinelli et al).

Jönhagen et al investigated the effects of sports massage on recovery following eccentric exercise. 16 “recreational athletes” (I have issues with this terminology for a start) were asked to complete 300 maximal eccentric contractions of their quadriceps using a Kin-Com dynamometer. Subjects received a pretissage massage once a day for 3 days before re-testing single leg long jumps to analyse “functional recovery”. SHOCK – The study found no improvement in function following massage.

In another study investigating fatigue, Zainuddin et al studied the effects of massage on the upper limb following 60 maximal eccentric contractions of the elbow flexors of a single arm in 10 healthy subjects (5:5 M:F). The results indicated no significant change between the two arms in isometric & isokinetic strength and torque, but it did find reductions in muscle soreness and swelling. The lack of significance in the results may be due to measurements, including maximal strength, being taken before, immediately and 30 minutes after, and at 1, 2, 3, 4, 7, 10 & 14 days after, which may have been too many re-assessments of maximal strength following eccentric activity. Also, the 10 minute massage protocol consisted of 3 minutes frictions to the major muscles in the upper limb. As explained earlier, frictions are designed to promote inflammation, not to promote recovery!

The point of these studies was to investigate the use of massage in recovery from sport. Eliciting DOMs in untrained subjects and concluding that they still hadn’t returned to baseline in 3 days is not representative of the demands you will be faced with in sport. For the most part, the athletes are familiar with the exercise, so apart from pre-season or the introduction of a new exercise technique, DOMS is relatively rare throughout a season.

Fatigue is believed to be determined by the accumulation of lactate in exercising muscle (Monedero & Donne). However, the notion that lactic acid (consisting of lactate ions and H+) is detrimental to muscle function is derived from early findings on amphibian muscles, in which acidosis is more pronounced than mammalian musculature. These early studies were conducted at 10-20°C, when they were repeated at 25-30°C the effects of acidosis were abolished (Cairns). Studies on human skeletal muscles have shown a positive correlation between increased lactic acid and muscle fatigue, but what is usually overlooked is that there is also a relationship between fatigue and a decrease in ATP, increases in inorganic phosphate and increased ADP, as well as decreased nitrous oxide and reactive oxidative species (Franklin et al) – so why do we bang on about lactate clearance all the time?!

There is now a belief that lactic acid may have ergogenic effects on performance. It is well known that acidosis stimulates the Bohr effect, whereby H+ causes the release of oxygen from haemoglobin, which stimulates increased ventilation, enhanced blood flow, and an increased cardiovascular drive. (Cairns). Despite this recent shift in opinion, many studies still believe lactate to be detrimental to performance, and investigations continue into the most efficient method of lactate removal.

Monedero & Donne investigated different recovery strategies after maximal exercise using 18 trained cyclists. It was concluded that a combined treatment of massage and active recovery was significant in aiding future performance compared to passive recovery, active recovery or massage alone. Despite quoting in the introduction that “the role of lactate in fatigue is questionable”, the removal of lactate forms the bulk of the conclusion as to why massage alone was not a viable treatment for recovery.

Judging a fish by its ability to climb trees:

I mentioned earlier that I have reservations over the term “recreational athletes” – its unclear if this is an accepted scholarly word for “weekend warrior” or if its 3-times-a-week gym goers at the local spa and health club. Even so, the use of these participant populations to make assumptions on elite sport should be taken with caution. So should the use of athletes asked to perform unfamiliar tasks. Robertson et al used cycling to exhaust 9 male subjects and found no significant effect with blood lactate clearance following 20 minutes massage. However participants were from field based backgrounds such as football, rugby and hockey.

More recently, in a series of studies Delextrat et al (and again here) compared the benefits of massage alone and in combination with other recovery modalities (stretching; cold water immersion) using basketball players. Again using measure specific to the sport. While I question the conclusions about different reactions between sexes (9:8 M:F), there was significant improvements in interventions compared to control groups, supporting the use of massage as a recovery modality. 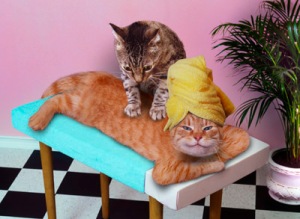 So what do we think massage might do but we can’t prove?

The good thing about the Franklin paper is that it looks at potential systemic effects of massage, in particular the vascular endothelial function of the upper limb following lower limb massage – and they found a single treatment of massage had an immediate (90mins) parasympathetic nervous system response, characterised by reduced heart rate and reduced systolic blood pressure.

We think that massage, administered appropriately with appropriate techniques to suit the situation, may:

I would question the last point – for how long does this influence last? Do we actually increase length? Or do we restore it following a loss of range (injury / pain / change in tone following exercise)? I don’t think even regular massage is enough to encourage creep deformation on tissues, but I’m more open to a change in tone to achieve an optimal length / range.

Therapists working within a sports setting often have to adapt the duration of a massage depending on the number of athletes that require treatment, the number of clinicians available, the seniority of players (!) Clinical based MSK therapists may also be restricted by time constraints. There is also a dearth of techniques and combinations with other modalities to chose from. Two therapists performing the same technique will apply different pressures for different durations in slightly different directions possibly over different tissues. I can see this being an argument against, but its for this reason that its very difficult to measure and quantify effectiveness. To create a sturdy study design, you end up being far removed from how clinical practice actually operates. My point is, although it is important I don’t think you can base an opinion of an intervention soley on published literature.

A lot of the literature with non-significant findings will question the use of massage in clinical application, but I can’t think of any occasions where the intervention has caused a detrimental effect! This leads me back to my first sentence.

“Just because we can’t prove what something does, doesn’t mean it doesn’t do anything.“

Remember that the field I practice in means I’m exposed to athletes for long periods of time through the day and through the week. As a proportion of that day, massage does not make up a large percentage of treatment time. Gym based, movement optimisation does. So I’m not saying we should all go and massage every athlete and patient that requests it. Like everything I think there are certain individuals that benefit from certain techniques and methods. Given time restraints in an outpatients clinic, it may not feature at all as part of my treatment. But regardless of the size this cog plays in the treatment machine, I believe its a valuable one.